SoftNet was awarded the prestigious Leader of Competitiveness 2021 prize

SoftNet was awarded the prestigious Leader of Competitiveness 2021 prize

We are very pleased to announce that we are the winners of the prize Leader of Competitiveness 2021. The statuette was handed during the 8th Polish Entrepreneurship Congress.

The 8th Polish Entrepreneurship Congress is the largest economic event in Poland. This year's edition was held from 5 to 7 October at the ICE Krakow Congress Centre.

The prestigious award was presented to Andrzej Data, President of the Board. 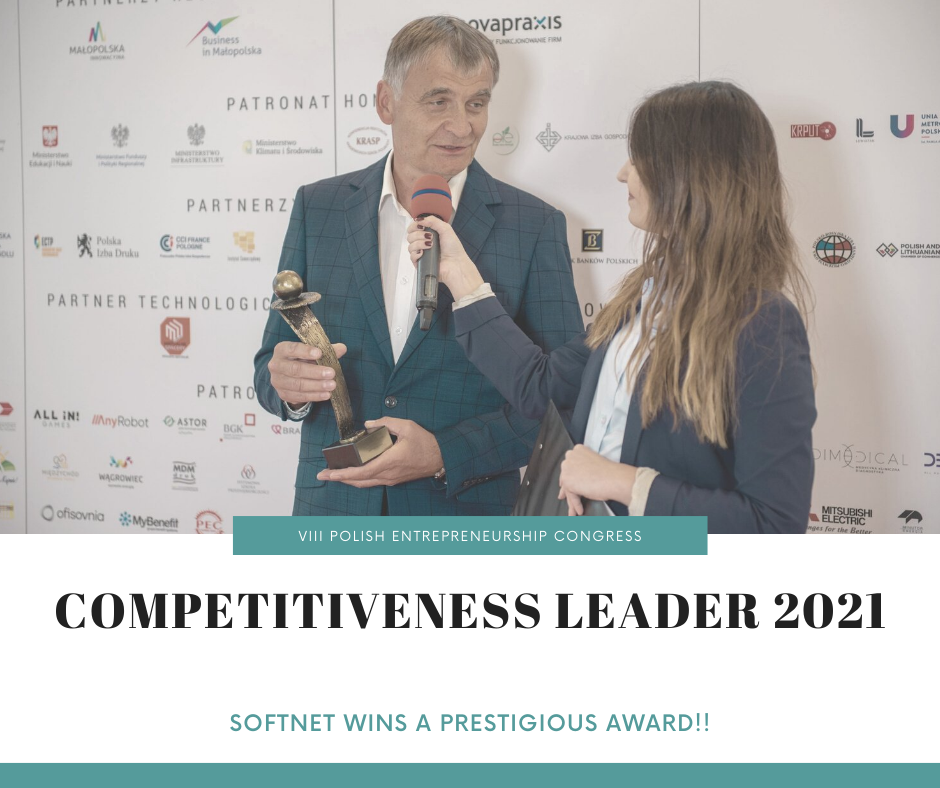 For 9 years, Congress has had a real impact on the activities of Polish entrepreneurs, scientists, and local government officials. Economic development, investments, innovations, and new projects increase the prestige of the Polish Entrepreneurship Congress. Interdisciplinarity gives a chance for real effects and contributes to the commercialization of projects and partners' research.

During the event, the most important issues concerning the Polish and global economy were discussed. An important aspect of this year's Congress was also culture in its broadest sense, which as a foundation for the proper functioning of economic sectors will become a permanent theme of the annual meetings.

Every year the Polish Entrepreneurship Congress becomes the most media-oriented congress in Poland. Thanks to cooperation across divisions it is also one of the most quoted events in the national media. Each year, the organizers are invited to a different city to bring out and present all the economic advantages of the region.

Faced with the challenge of rebuilding the global economy, an event like the Polish Entrepreneurship Congress provides real support for entrepreneurs, scientists, and local government officials.

We sincerely thank you for this recognition and award.

Do you want to receive the latest information about promotions and new products? Enter your e-mail address and subscribe to our free newsletter.